People often make deliberate decisions to influence their career path. For me it was a little different. I’ve always made Life choices, not career ones. Invariably, these decisions impacted all aspects of my existence, career included.

The two biggest choices that influenced my career were the decision to leave the US in 1997 and the decision to become a mother in 2002. The fact that these two events were actual choices calls up in me an immediate sense of gratitude. In a world where over 65 million people are refugees, displaced or asylum seekers and 44,400 are forced to relinquish their homes each day due to persecution or conflict, I am acutely aware of my privilege to choose where I live and how, but I digress.

Regardless if by choice or by force, moving out of your comfort zone compels you to learn at every bend in the road. What you already know may not be applicable and must be re-learned or re-applied in your new environment. Because I moved away and stayed there, my experiences have enduringly changed my perspective from this new vantage point. Many friends and family have carved out a life and a network without leaving their area code, but that somehow never appeared in the cards for me. Each decision I made in young adulthood seemed to force the radius of my circle into an ellipse that pushed first westward from an epi-center of Chicago and then eastward to New England and on to Europe.

Although I have dual citizenship in the United States and Switzerland, I can’t say that I’m fully at home in either nation. Or perhaps it’s more accurate to say that I feel equally at home and foreign in both places.

With regard to work, the skill set that I brought with me from the US was essentially the same when I arrived in Europe ten hours later, but the tools in my bag suddenly had another utility. My German language skill was no longer just a plus on my resume — it was essential. Flawless German grammar (or lack thereof) made or broke a job application. On the flip side, my English skill became the foot in the door to any interview. How quickly circumstances change.

My first job interview landed me a temporary position in the communications department at the HQ of an international freight forwarder. The Swiss corporation had just begun to regain its strength after a consultancy evaluation and resulting forced exodus of many employees. Rising out of the rubble were a handful of survivors in the communications department charged with the task of rebuilding company morale via archaic communication channels. Everyone was still shaking in their boots when I arrived. Feeling more like Lucille Ball in a chocolate factory than the wonder woman word girl I’ve become, I started the long and ardent process of learning-by-doing in a new country and work culture.

My workdays began with performing the banal task of scanning, a-hmm, make that eyeballing, 15 hard copy newspapers and trade journals – this was 1997 after all — for any industry news on us or our competitors. The plucked news articles were copied and distributed to the CEO and other corporate directors by 9am. The fine and now lost art of newspaper folding was given an added touch of complexity by tossing a giant Xerox copy machine and time pressure into the mix. I also did some very important things given that so few employees were left in the C suite. However, everyone was in survival mode and not much was appreciated. The corporate culture was struggling at the base of Maslow’s hierarchy. I survived everything from dashing out to the pharmacy when the CEO had a headache the size of the euro-cargo division to organizing a company-wide strategic seminar in Zurich which included fixing the English on the main speaker’s presentation the day of the event.

The qualities that helped me succeed and propelled me forward were my optimistic and perhaps naïve attitude to problem solving as well as willingness to help out in any department. (Achtung: this practice is good for gathering broad experience and contacts, but can lead to being doormatted.) I also carried the belief that whatever happens something else is out there and it’ll all be ok in the end. I didn’t worry a single day about being fired or wonder “what if this doesn’t work.” I pressed on with my career-in-the-making, all the while believing that my good intentions and positive approach would lead the way forward. And they did.

Then, for the next 18 years as Web Alliance Manager at Swiss based Karger Publishers and still today, as the Director of Content Management at Reprints Desk, my main motivations are none other than the lofty goals of life fulfillment and a sense of purpose – that mystical red balloon that floats by the shop window and beckons you to chase it through the streets. Yes, I’m that kid who bursts through the door, runs into the street and tries to grab it, catch it, and sometimes give it away after the chase is won. Concrete achievements such as job title, salary and promotions are easier to measure – but red balloons, there’s no kpi for that.

At this point in the piece, you may be asking yourself, “Why am I reading this and where’s the Jerry McGuire reference?” I can see the words on the page, but what is she saying??

In the end, this is the point: Career goals are nice to have. They’re even great for some people, but in the case of an actual real life, people’s paths are paved as they go by many different circumstances beyond their control or prediction. What’s essential is self-awareness. If you know where you are in life, you can manage movement in any direction. The key to success is how to react to the bends in the road and twists in the plot.

In the movie Jerry McGuire (ok, here it is), the main character went out on a limb and shared his business revelations with the industry. In the beginning, it completely backfired and he landed on his bum in No Man’s land. But he continued to follow his red balloon. In the end, it paid off for him. This is also true for me. Despite warnings from well-meaning and omniscient colleagues, I invariably choose a greater sense of purpose in my work and in my life. This approach hasn’t let me down yet. Which brings me to another key point for achieving success: don’t define your success based on another person’s definition of it. Determine what it means to you and make a path to it.

In a future entry (inner-procrastinator permitting), I’ll write about the second game-changing choice in my life – becoming a mother. Watch this space for more Lucille Ball episodes and tea bag wisdom.

With over 20 years of publishing and consulting experience in the US and Europe, Sharon is a natural born networker and self-proclaimed bridge builder in the STM publishing industry. She strives to achieve collaborative, inclusive outcomes that lift all stakeholders in the publishing eco-system. 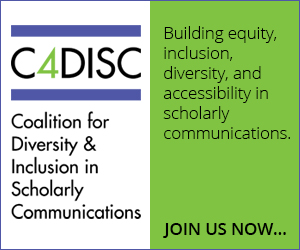